The first day of shooting was September 2, 2007. I arrived at about 8:50 am and it was foggy, which is rare for a September morning in Florida. Usually when I arrive at a location I take general shots to establish location and then hone in on details. My first shots were of the approach and the overall barn. Since it was foggy on the first day I didn’t want to miss capturing the mood of the fog so I stayed outside for a while. Then I found the tractor and proceeded to go through the barn in a methodical sequence. Many scenes were familiar, like the pile of seedling cans and the stacks of crates in the mezzanine. It was the old building smell that really triggered the nostalgic feelings more so than the visuals. I was mentally spent after 4 hours of shooting on the first day. I didn’t bring any lunch and didn’t want to stop for a break. I know my Uncle Chan figured I’d be there for an hour. After checking in with him periodically he was a little surprised when I told him I was finished for the day but needed to come back. “Ok Douglas, you can come back anytime!” 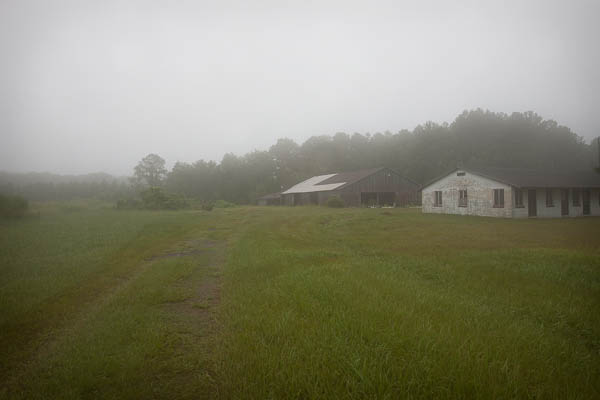 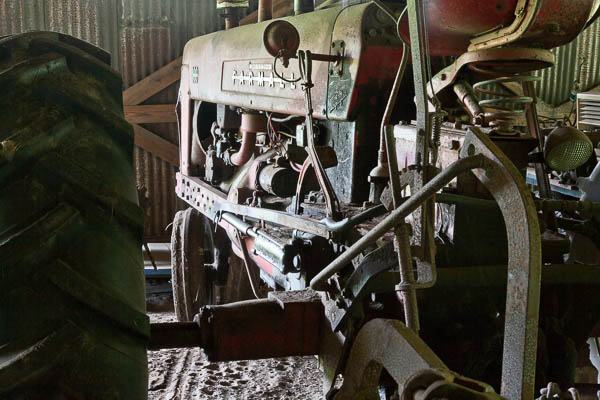 The following day I arrived at 9:45 am and checked in with Uncle Chan. I decided to go down the road to look at the houses where the families lived. Imeson Road had always been unpaved for as long as I can remember. My Grandfather used to resent the dirt road and said the city was too cheap to pave it. All of the roads surrounding the farm were eventually paved, but Imeson was left as is until UPS decided to open a distribution center on Pritchard Road, then Grandfather got his wish. The lawns were still being mowed but the houses were abandoned and the “For Sale” signs prominently on display. I didn’t venture close to the houses knowing that would be left to another session. Uncle Chan invited me into his office where 2 old roll top desks were located along with the big safe. The desks were piled with papers and miscellaneous things, and there was a portrait of my Great-Grandmother and Great-Grandfather hanging on the wall. I walked over to the barn and entered into the barn office where I remembered there was a time clock for the workers and the safe where the seeds were stored. These items were gone, but there were plenty of things strewn about. I was wondering if the chaos was a result of the move and people rummaging through things or if this is the way things have always been. I then captured some details and climbed the ricketly ladder up to the mezzanine. This is where the crates and barrels were stored and there were plenty of them piled up. I left at about 3 pm and told Uncle Chan, “I’ll be back!” 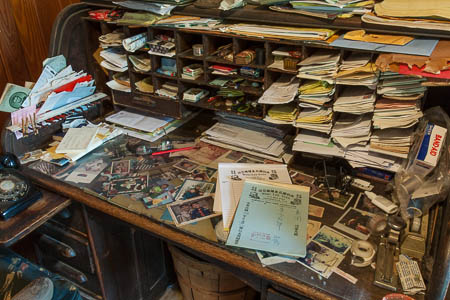 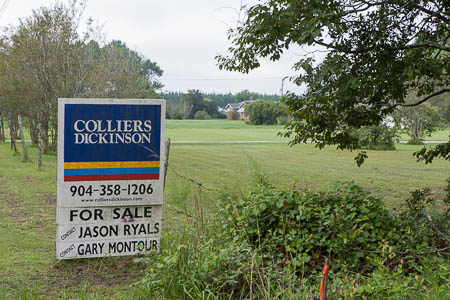 It took 2 weeks before I was back. On September 15 I dropped by in the evening with my friend Tom who was interested in a few of the items Uncle Chan was trying to give away. Tom took a wheelbarrow, a rowboat, and managed to come back with a forklift to take the old scale. I should have called an antique store to come gather all of the old wheelbarrows and tools, furniture, and cooking utensils. There was so much in the barn and it ended up going to the landfill. I shot a few details and arrived again the next morning at 9 am. This day of shooting was less profound. A few additional details but the novelty of the place had disappeared. I spent some time talking to my Uncle Chan about what he was going to do, where he was going to live, and if he thought he would miss having that big old barn and 100 acres to look after. There were plenty of other stories about my dad, the bean sprout business, and when the first refrigeration equipment arrived. All in all a good day for stories and photographs. 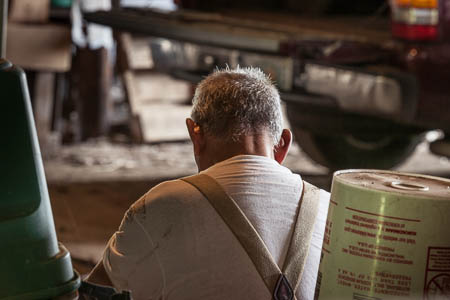 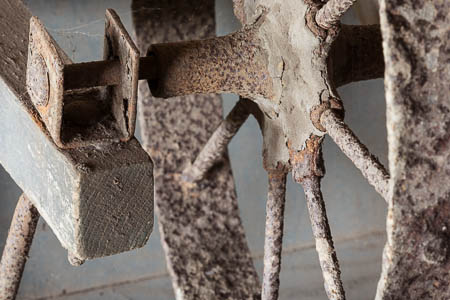 On September 23, I was back and decided to explore the other buildings and the farm houses. It was very hot and humid and I remember the mosquitoes were hungry. I went to my Grandpa’s house where I stood in the driveway where we parked our car countless times. Everything was overgrown which i know would upset my Grandfather who kept an immaculate lawn (and house). He was a true “gentleman” farmer. I wondered around all the houses, looking through the windows, and impressed with the way the brick held up. Behind each hose was a utility shed of some sort. There were several of these small buildings on the property and I remember that most of them held cars and lawn equipment. I explored each one, most were in bad shape with nature taking over. I found an old tricycle in one of the sheds and later learned that it belonged to my Uncle Quon. Going back further into the woods I found another utility shed which I later learned was built by my Uncle Gat for his workout equipment. 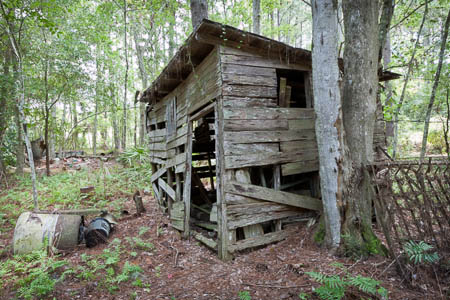 At 2 pm I said goodbye to my Uncle Chan and told him I might be back, but I never returned.  The last image I took is one with some wildflowers in front of the barn. 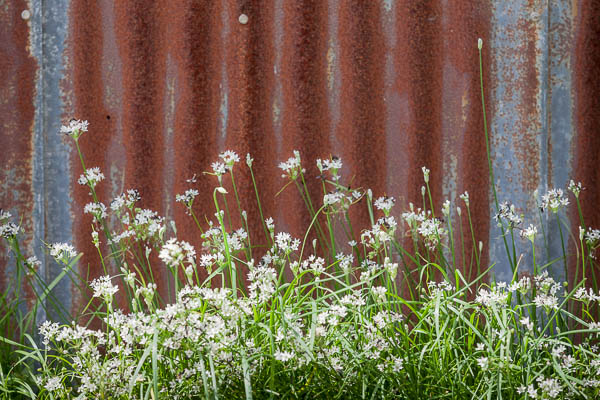 A few months later I learned that everything was gone. “Everything?” I asked. “Yes, they leveled the property and everything is gone.” It’s hard to believe. For some reason I always thought the farm would be there. It was always there, as long as I could remember. I didn’t confirm this fact until January, 2013 when I drove by the property for the first time since that September in 2007. Yes, it is really gone. 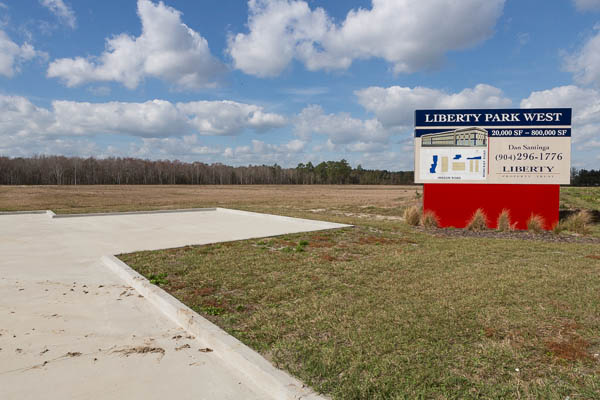 I’m always curious about the technical information behind a body of work, maybe because I hope to glean a tip or technique to help me improve. These images were made in the fall of 2007 using a tripod mounted Canon 5D (the original version). I utilized whatever lighting there was in the barn, which turned out to be fine in most cases. I find existing natural light the best for these situations. The lenses used in the photography were: EF 16-35 f/2.8L USM, EF 24-70 f/2.8L USM. EF 70-200 f/2.8L IS USM. I tended to use the 24-70 the most, followed closely by the 70-200.

September in Florida is still a time of high heat and humidity, gnats and mosquitoes. The first morning I was lucky to have some fog but most days were hot and humid. There’s something about inclement weather that seems to bring out the best in me. Maybe it’s the suffering in the process or the smell of Deep Woods OFF.

I processed images and performed the B&W conversions with Adobe Lightroom (process 2010) on a Windows PC. As I update the images I am converting to Lightroom 5.4 Process 2012. Most images have highlight and shadow adjustment but very little (if any) image editing was performed.

All of the prints were re-mastered for the UNF exhibition using Lightroom 5. From the time of the original exhibition in 2011, both my skills and tastes have changed, so I jumped in and relooked at each image as if it were new. It helps to revisit previous work and photography offers the opportunity to continuously evolve a piece as you evolve over time. I feel that the current set expresses a deeper emotional connection to the subject, perhaps a bit darker and somber. Prints are made on an Epson 9900 large format printer using the Epson Advanced B&W Mode set to Darker, 10, 20. The paper used for both 16×24 and 11×17 is Epson Hot Press Bright.  For the folio prints I used Epson Cold Press Bright. The exhibition catalog was produced using Microsoft Word and exported to a PDF file, then uploaded for printing on Magcloud.com. Images were toned for the publication in Lightroom using a Split Tone of highlights 50/15, shadows 25/10.

React Theme by The Theme Foundry